OK, two days of aggravation, but it’s back in place and working, as far as I can see.  No doubt the eagle-eyed will spot typos or broken links, but I think it’s pretty much all where it should be:

Visible to the rest of the world?  er, nope.

My hosting provider has “a problem”, which – apparently – they’re aware of.  Great.

Next on the agenda is a new website. The old one has sat there, mainly acting as a repository for odds and ends, for about five years now.  This is partly because I designed it myself from scratch as an experiment to see what I could do with css, and as I have become busier and busier, I never did get to tidying it up and making it easy to update.

So when I had new things to add, it was easier just to stuff them in wherever I felt they fit than to rewrite the code and make it all plug and play.  Whatever the excuses, if I want to market this book (and possibly the other one which has been ‘under consideration’ with a local publisher for a number of years now; I reckon I could do that myself now as well) I need a website which people will want to visit, and which offers some kind of experience other than “my word, that’s busy”.  I also have this blog now for odds and ends, so the website needs to become more of a marketing tool.

So I took a deep breath, bought a template, and have been hacking it about for most of this week.  I reckon the big relaunch could well happen over the weekend, given that there is once again no soccer game on Sunday.  I realise this also means remembering how to hack the template of this blog as well, to make it all look seamless – just add that to the list; I’m not busy otherwise!

What do you mean, displacement activity while I wait for my beta readers to finish reading?

The book has a cover! 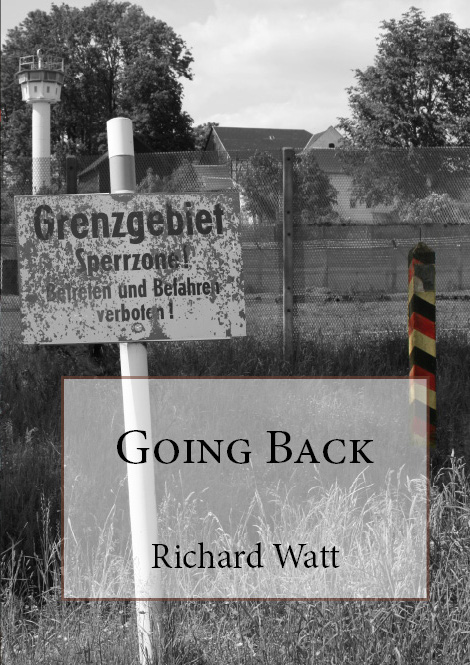 Well, let’s be honest, the book has a proposal for a cover.  I’m actively considering starting a competition to have people choose things like the cover or the back cover blurb or a hundred other things I need to do before actually pushing the boat out on this.  I do now have a selection of beta readers (thank you, beta readers), which is encouraging   Thanks to a post on a messageboard I don’t usually frequent, I even have a couple of beta readers who are complete strangers to me, which is at once encouraging and terrifying.  Feedback form the beta readers will go into tidying up and refining the text, and then…

And then I need to let the world know that there’s a book out there which they might like to read.  This part is trickier than it sounds, and it sound pretty damn tricky.  There are literally hundreds of ebooks published on Amazon every week; how to stand out from that sea of words?  Clearly, there are no easy answers, but I do have some ideas.  Twitter and Facebook obviously have a part to play, as does the website (note to sef; really must do something with that), but there must be other ways to get the word out – other avenues I’m not yet reaching.

I’m working on it.  I’d rather be writing, but this is all part of the process.

Apologies for the earworm!

This has been a weekend of discovery.  Among the many things I have discovered are:

Someone who I have never met, and who has never read my book thinks it’s too long.  I don’t doubt his expertise, and I am quite prepared to bow to his superior knowledge when it comes to this sort of thing.  Agents probably don’t ever look at books over a certain length, publishers even less so.  But I can’t help feeling there’s something wrong with the way that works.  When people ask me how long my book is, I tell them, and they tend to be impressed by how it’s possible to produce so many words in one go.  The truth is, there are that many words in the book because that’s how long the story is.  How do I know?  Well, I cut several thousand words out of it without losing the sense of it, but if I cut more, I’ll start to lose elements which have already fought their way in.  If I take any more out of part 2, for example, part 3 won’t make sense,  and I do have a real fear that ‘shorter’ would mean ‘simpler’, and this is not a simple tale.

For that reason, if no other, I suspect that self-publishing is going to be the way forward.  Which means I have to get my cover right, and I have to do my own market research, and I have to figure out how to market it, and how to price it, and a million other things I haven’t really considered yet.

But I also think it’s going to be fun.  Wish me luck, won’t you?

Funny thing – going through parts 1 and 2, I had no real difficulty chopping and revising; I knew they needed work, and I was quite prepared to do it.  Part 3 has been a quite different story  although I’m more or less done with it now as well.

My trouble with part 3 has been the same through four full drafts now – I get absorbed by it; I stop thinking critically about it, and just read it.  This is somewhat counterproductive, since whatever changes need to be made don’t ever get made.  Today has been a little different; I have made changes.  Not significant changes; I still find that I’m happy with it, with the pacing and the way the threads all come together at the end, but I’ve corrected typos and inconsistencies, which I’ve never been able to do before, which must prove something.

And, to some degree, it’s done now.

By which I mean that the major structural problems I had with the thing are gone; I like the way it flows now; I think it all makes sense, and I’ve even had more than one positive review of parts one and two.  I’m prepared to redraft if need be; I’m even happy to make more changes if they make it work better.  But I’m also at the point where I might just allow myself to think: OK, that’s done.  I’ve written it; I like it, and I’m ready for the next thing to happen.  It’s been a long time coming; this feeling of satisfaction, and I’m sure my opinion will change again, but…

I’m done.  I’ve written a book, and I’m happy with it.  That has to count for something.

And in the end – does it read like a proper novel?  We’ll see.  I went into today’s work ready to change the ending if I didn’t like it, but – aside from some chopping out of a plot point I’d already removed from part 1, and which I knew didn’t work – I read it again, and I still liked it; it’s true to each of the characters, I think.

There’s now a Kindle version of Parts 1 and 2.  I can send this to anyone prepared to read it through and give some feedback.  You do need to have a Kindle and a Kindle account, and you do need to help me understand where I need to go next, not just say ‘Yeah, it was OK’, or “Nah, not my kind of thing’.

If you are interested, please let me know via info@richardwatt.ca and I’ll send you the details.

No new progress today (yet) – going to start on Part 3 soon, though; I’d like to have something more complete by the end of the week if I can, before coaching, school and all the other daily fun stuff starts to intrude.