What I said back then:

Why I love drums: Me and my trusty Philips transistor radio 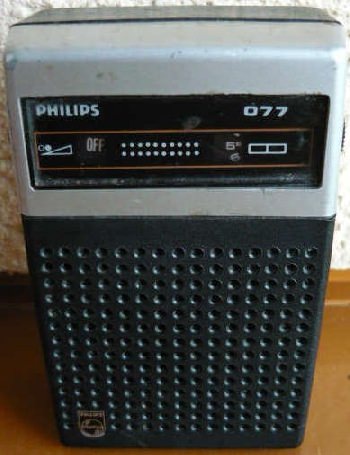 were inseparable in the late seventies - it came with me to football matches, it sat on the desk and blared things at me while I did my homework, it would have come to school with me if it could, and it lay under the covers with me at night time, and let me hear all sorts of things. I kind of feel too young for having memories of listening to Radio Luxembourg in the night, but I did for a while, and through the static and flutter one night, I heard an incredible drum track. It may even have been introduced as an incredible drum track, but I certainly noticed it. It sounded like nothing I'd ever heard on a pop record before, all slippery rhythms and sliding hi-hat, and I loved it before I even heard the voice that went with it. '50 Ways to Leave Your Lover', it was; and while I enjoyed the wordplay, I remembered that tricky introduction. It gave me a focus on the drum track which I have still - often, when hearing new piece of music, I search for the drummer and listen to what's going on there first. It's probably why I've never really enjoyed very much 'dance' music - the melody and lyrics have to be something exceptional to make up for the inevitable 4/4 crash.

Many years later, Zoë and I saw Paul Simon at Wembley Arena - it was a fantastic evening, save for the fact that the stage was about half a mile away, and the sound came at you from in front and shortly afterwards, behind. And, yes, Steve Gadd was there,

and they played '50 Ways', and I was transported back to Radio Luxembourg, and my faithful 'tranny'. I wonder what ever happened to it...

What I think now:

Nothing much to add, I think.  I just looked on iTunes, and the only Paul Simon I have translated to digital is the Simon and Garfunkel Concert in Central Park.  I know I have some CDs somewhere, perhaps this will prompt me to convert them for easy listening in the car.

I have a son who is a drummer.  Of course he’s heard ’50 Ways’, but I think he’s been influenced by other drummers.  In fact, I know he has; I’ll come back to that.